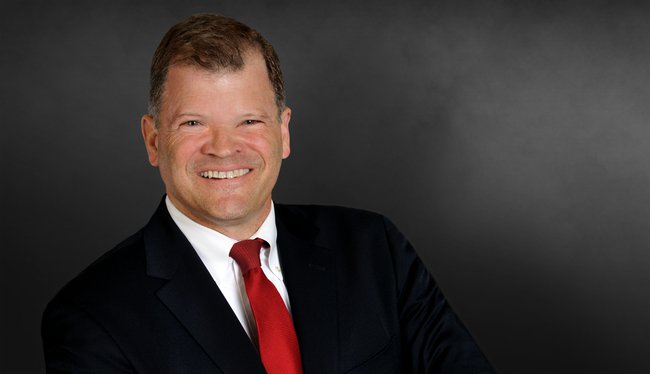 Lee Roberts is one of the top trial lawyers on the West Coast and serves as a Co-Director of the firm.  He is a Fellow in the American College of Trial Lawyers. Founded in 1950, the College is composed of the best of the trial bar from the United States and Canada. Fellowship in the College is extended by invitation only and only after careful investigation, to those experienced trial lawyers of diverse backgrounds, who have mastered the art of advocacy and whose professional careers have been marked by the highest standards of ethical conduct, professionalism, civility and collegiality. In 2011, he was elected as an Associate of the American Board of Trial Advocates (“ABOTA”) Las Vegas Chapter.  At the time he was inducted, only 31 lawyers out of over 14,000 members of the bar in Nevada had been elected to this elite organization.

In 2013 and again in 2018 Lee was voted Las Vegas “Lawyer of the Year” for Construction Litigation by Best Lawyer, recognition from his peers as the top construction litigator in Las Vegas.  He is also recognized as a Best Lawyer in Commercial Litigation and a “Super Lawyer” – first in Georgia and now in Nevada and the Mountain States.  He is well respected among the bar, and was appointed by the Nevada Supreme Court to the Board of Trustees of the Nevada Law Foundation, and served in that position for four years. He received his B.A. from the University of Virginia in Economics, and his J.D. from the College of William and Mary.

Although twice recognized as the top construction litigator in Las Vegas, over 70% of his work is currently in other fields. Lee has been involved in some of the most high profile trials in Nevada, including obtaining a defense verdict in the highly publicized David Copperfield trial in 2018.  Lee has also obtained defense verdicts in a number of other high stakes cases, including (i) a $73 million toxic tort case in San Diego, (ii) a $20 million wrongful death by electrocution in Las Vegas, (iii) an $8 million professional negligence case in Nashville federal court, (iv) a $20 million business tort case in Washington DC, (v) a $180 million indemnity claim, and dozens of construction cases in Nevada and around the country.

Since 2004 when Weinberg, Wheeler, Hudgins, Gunn & Dial opened their Las Vegas office, Lee has tried up to 4 cases per year to verdict.  He is often brought in shortly before trial once it becomes apparent that the case is not going to settle and experienced trial counsel is desired. Although he has certainly taken a few large verdicts, he excels at preserving the appellate record and his clients have never paid the full amount of a verdict in a case where he has acted as lead counsel.

Also in 2018, he limited the plaintiff to a jury verdict of only $524,000 in a traumatic brain injury case.  He beat his client’s offer of judgment by nearly two million dollars, with the plaintiff ultimately recovering only 1.5% of his requested damages.

Defense verdict in a $73 million toxic tort case in San Diego, where the plaintiff claimed to have developed tracheobronchomalacia as the result of exposure to chemicals at the workplace.

Defense jury verdict in a $20 million wrongful death by electrocution against an electrical contractor in Las Vegas.

Summary Judgment on a $132.5 million claim in Los Angeles, California arising out of a train crash.

Associate of the American Board of Trial Advocates ("ABOTA"), Las Vegas Chapter

The International Who's Who of Business Lawyers (2013)

Nevada Law Foundation, Colleague and Former Member and Vice-Chair of Board of Trustees