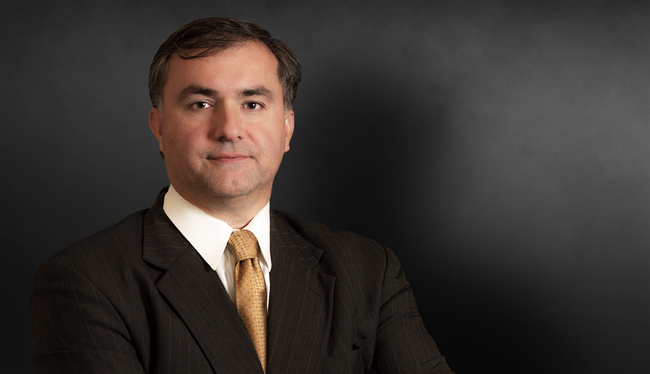 He has represented his clients in litigation and arbitration of more than 100 state and federal cases throughout the nation, including claims with thousands of plaintiffs.  Nick has on several occasions been hired to defend claims where the disputed amounts exceeded $1 billion and has advised on the prosecution of multi-billion dollar claims.

Nick’s practice is exemplified by his defense of thousands of claims in the highly publicized Chinese-manufactured drywall multi-district litigation. He was appointed to the Defense Steering Committee by the Honorable Eldon E. Fallon of the U.S. District Court for the Eastern District of Louisiana, where he defended numerous class and direct actions. Nick has defended many well-known manufacturers, power companies, natural resource companies, construction firms, and law firms that choose him for their “bet the company” litigation.

Lead class counsel that was Nick’s adversary in a significant class action described Nick to the court as follows: “Nick Panayotopoulos [and co-counsel] have considerable experience defending class actions.  They were highly skilled adversaries and their team’s defense of [Fortune 500 Company and its subsidiary]”, which resulted in the dismissal of a nationwide class action against the Fortune 500 Company and a settlement of a much smaller class against the subsidiary, was “diligent and inventive”.

AV® Preeminent rated in Products Liability, Litigation, and Commercial Law by Martindale-Hubbell, Nick is recognized by his clients and adversaries for “fierce, tenacious and conscientious client advocacy” and for “excelling in complex litigation matters where numerous attorneys are involved.

Motion to dismiss class action allegations granted prior to discovery, after the Court acknowledged that “in most cases, it is necessary to go beyond pleadings and allow for discovery and/or an evidentiary hearing.”  The Court found that “the propriety of class certification is evident from the pleadings.”  “The Court agrees with Defendant that ‘this gobbledygook of words strung together in a desperate effort to overcome the lack of factual information does nothing, once again, to nudge the line from conceivable to plausible.”  December 2019, Northern District of Georgia.

Motion to dismiss granted in favor of Fortune 500 client in nationwide class action dispute with billions in dispute.

Successfully defeated motion to remand based on Class Action Fairness Act. This was the first nationwide time the argument made had succeeded in this type of case.

Defended claims covering allegedly defective construction product (after firm tried the first nationwide contested trial) and settled more than 4,000 claims, over 300 state court cases, 32 class actions, and multi-district litigation ("MDL") in Louisiana in claims of hundreds of millions against the client.  Client paid nothing out of pocket, even though policy limits were a tiny fraction of actual damages.

Defended, and was selected to be part of the Defense Steering Committee, numerous mining and timbering defendants, including Massey Coal and Massey Energy, from class action and other claims for flooding damage brought by thousands of homeowners and businesses in what is believed to have been, at the time, the largest mass tort claim in West Virginia history.

Defended all members of the compensation committee of the board of directors of a publicly traded company against class action brought by shareholders alleging breach of fiduciary duty and seeking damages in connection with allegedly spring loaded stock options grants and excessive compensation.

Nationwide class action voluntarily dismissed and Plaintiffs and Plaintiffs’ counsel stipulated to never refile claims as a class action, following the filing of Motion to Dismiss Class Allegations or to Deny Class Certification.  The case was removed to a federal district court within the Eleventh Circuit, and the Motion was filed as the first responsive pleading, before any discovery was conducted by any party.

Successfully handled numerous FDCPA and TCPA cases. Co-counsel on TCPA case with over $10 billion in dispute dismissed against client with no money paid.

Defended numerous mass tort litigations throughout the country, including multi-district litigations and class actions such as those involving building construction materials and other products, food borne related injuries, flooding of tens of thousands of businesses and homes.

Often called on to advise manufacturers and businesses in class action litigation.

Defended a major power company in a certified class action lawsuit with more than 3,300 claimants. Plaintiffs claimed tens of millions in damages.  Case settled for $1.45 million, less than estimated cost of defense.

Obtained summary judgment for general contractor in a highly publicized contractual dispute over construction of a jail in Alabama.

Prosecuted claims for over $100 million against foreign businesses.

Summary judgment granted in business litigation dispute and judgment upheld by the Georgia Court of Appeals.  Cert to the Supreme Court denied.

Collected millions on behalf of client corporation in breach of standard of care/breach of fiduciary duties claim against professional firm.

Multi-year litigation against law firm client dismissed with prejudice at start of trial.  Client law firm paid nothing in exchange for the dismissal.

Minor actual damages (less than cost of defense) awarded against client defendant at trial while co-defendant found liable for largest verdict of its type in jurisdiction.

Client corporation successfully defended class action and other claims of approximately $1 billion in property damage by pursuing actions against foreign manufacturing corporations for indemnity, contribution, and fraud until foreign defendants agreed to indemnify client for all potential losses.  Prior to the firm’s engagement, client had released claims against target corporations.

RICO, breach of fiduciary duty breach of contract and fraud case against former executives of client corporation favorably settles after judge grants all of client plaintiff's motions in limine and denies all of defendants' motions on first day of trial.

Minor actual damages (less than cost of defense) awarded against client defendant at trial while co-defendant found liable for largest verdict of its type in jurisdiction.