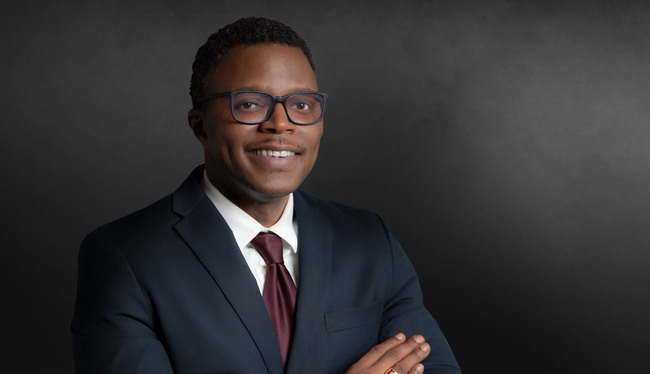 Over a span of almost a decade, Phillip Smith, Jr. served as an Assistant United States Attorney in the U.S. Attorney’s Office for the District of Nevada. Phillip also served five years as a Deputy District Attorney at the Clark County District Attorney’s Office in Las Vegas. As both a state and federal prosecutor, he tried almost 60 cases in front of a jury (the majority as lead or sole counsel) and prosecuted various criminal cases, including cases involving violent crimes, firearms, drugs, fraud, sexual assaults, and homicide—winning convictions in numerous state and federal trials. He successfully argued before the U.S. Court of Appeals for the Ninth Circuit, served as lead or sole counsel for major cases investigated by the Federal Bureau of Investigation, Internal Revenue Service, Bureau of Alcohol, Tobacco, Firearms, and Explosives, and other federal, state and local law enforcement agencies, and lectured on the prosecution of firearms and violent crimes. In addition, Phillip spearheaded community outreach initiatives during his tenure as a federal prosecutor.

Phillip distinguished himself as a federal firearms expert during his tenure as the District of Nevada’s “Project Safe Neighborhoods” Coordinator, as the federal prosecutor tasked with reviewing and facilitating all federal and state firearms- and violent crime-related cases in preparation for federal prosecution. As a result, Phillip gained vast experience in investigating, prosecuting, and trying challenging cases. Phillip was also honored with the U.S. Department of Justice’s “Director’s Award”—which recognizes the nation’s best federal prosecutors—for Superior Performance as an Assistant United States Attorney in 2014.

Successfully litigated a federal case resulting in a published United States Court of Appeals decision in United States v. Chandler, 743 F.3d 648 (9th Cir. 2014), in which the Court issued a favorable ruling in a matter of first impression which had nationwide implications;

Successfully litigated and tried before a jury complex and multi-defendant federal criminal cases under the Racketeer Influenced and Corrupt Organizations (“RICO”) Act;

Obtained multiple jury verdicts in felony cases as both a state and federal prosecutor;

Successfully prosecuted a local police officer in United States District Court for violation of a citizen’s civil rights by using excessive force, resulting in a sentence of incarceration for the defendant;

Successfully defended several cases on appeal to the Ninth Circuit Court of Appeals;

Served as the Chief of the Narcotics and Violent Crime Section at the United States Attorney’s Office;

Litigated federal misdemeanor bench trials as a federal prosecutor; and

Most notable client successes include:

2013 Nominee for the United States Department of Justice “Director’s Award” for “Superior Performance as Part of a Litigative Team”;

2016 and 2017 Nominee for the United States Department of Justice “Director’s Award” for “Superior Performance as an Assistant United States Attorney – Criminal Division.”

Commissioner, American Bar Association Commission on Racial and Ethnic Diversity in the Profession; and

United States v. Malik, 963 F.3d 1014 (9th Cir. 2020) (per curiam). This case involved whether or not a Nevada State trooper had probable cause to search a tractor-trailer’s cab and its contents even though state had decriminalized possession of small amounts of marijuana and where the trooper had smelled marijuana in cab, and the driver admitted he smoked marijuana cigarette earlier that day. The ensuing search of the vehicle yielded 135 pounds of cocaine and 114 pounds of methamphetamine. The district court originally suppressed the drugs based on its conclusion that the search was illegal, and the United States appealed that decision. The Ninth Circuit ruled in favor of the United States and overturned the district court.

United States v. Yang, 958 F.3d 851 (9th Cir. 2020). This case involved whether United States Postal Inspectors violated the defendant's Fourth Amendment rights when they ran a search inquiry of a database of commercially captured license plate numbers and got a "hit" on where the defendant's vehicle had been prior to the investigated crime and then used that information to find the vehicle, which led to additional evidence that the defendant had committed additional crimes. The Ninth Circuit ruled in favor of the United States.

United States v. Chandler, 743 F.3d 648 (9th Cir. 2014). This case involved an appeal where the two primary issues before the Court—whether the defendant’s prior Nevada felony convictions for Conspiracy to Commit Robbery and Second Degree Kidnapping qualified as “violent felonies” under the federal “Armed Career Criminal Act”—were issues of first impression which had national implications. The Ninth Circuit ruled in favor of the United States.

In January 2019, taught a CLE course to the Clark County District Attorney’s Office regarding federal firearms and violent crime laws and the Project Safe Neighborhoods Program.